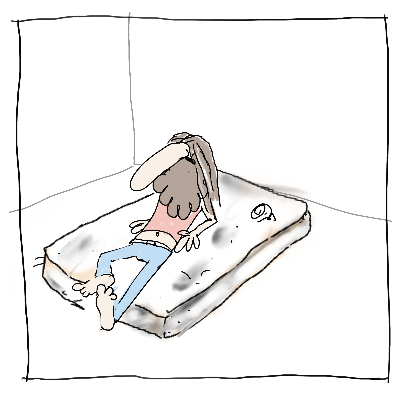 In 1984 I was in my late adolescence. President Reagan could hit the red button at any time. I was in college but the future was bleak so I took a plane. I landed in London, England to find myself in a squat with hippies lying around on dingy mattresses complaining about the unfairness of the world. They informed me about a big manifestation that was to take place in Scotland to protest the buying of Trident, a nuclear submarine. So I got on a bus with them headed towards Fastlane Peace Camp, a big assembly of hippies but lying around in trailers. Some of them wore badges that said ‘MILK MEANS MURDER’ Didn’t get that one right away. I was helping out emptying boxes of food that was donated to the camp when a girl became appalled about a can of corned beef, some people had the gall. I happily said “I’ll eat it,” to which she answered, “just don’t eat it in front of me” I must of had a confused look on my face, she went on about nonsmokers asking people not to smoke.

The big climax came during the manifestation. It was raining; limousines carrying men in suits slowly driving towards their meeting. We were there hitting their windows screaming when all a sudden a girl plunged onto the road to save a worm. The limousine stopped, the police sitting on their horses looking on. I thought to myself “man I got to get out of here” I imagined me barging into one their trailers with a mouth full of cigarettes eating corned beef. Milk means murder.

I returned to London and started looking for somewhere else to go. It was hop-picking season, so I headed down south. When I got there, it was already over, so I picked up the local newspaper and saw an ad from a family looking for an au pair girl. On the phone she told me that it would only be for four weeks because someone for the job was to arrive from another country. She also informed of her son Rupert, who was my age. Found it odd, I thought au pair girls took care of young children. She asked with a big accent, “Do you like dogs?” “Oh yes, I love dogs.” They lived in a huge house on top of a hill with flowers everywhere, as you would see in a Home and Gardens magazine. They were very rich, a big contrast with the squat I had just left. As we drove up the entry, we were met by Bumble a small hairy thing that came yapping towards the car. Not a dog in my standards more like a hairy nerve ending. There was a portrait of him in the living room. An oil painting with a light attached and a little golden plate inscribed “Bumble”. I learned that the rich did not have the same accent as the poor and that their lives mainly consisted in receiving guests for dinner. My job was to help her cook, plush up the cushions in the living room, put ice cubes in the recipient in the second living room so when the husband came home from work they would be there to put in his drink. But every time he lifted the lid, it would be empty.

They had a flat in London and before leaving for one-weekend, she instructed me that before I would go to bed, to “close the curtains above Bumble’s bed so the sun doesn’t wake him up in the morning and to give him three chocolate biscuits”. So when nighttime came I said to myself “Fuck you Bumble” and went to bed. I laid there thinking how bored I was, listening to my only cassette. When they got back she inquired, “Did you give Bumble his biscuits?” “No,” I calmly replied. She looked insulted.

One of her suppers was held in their summer kitchen besides the pool. For dessert we cored huge apples and stuffed them with butter and brown sugar. Before going back to her guests, she instructed me to take them out in twenty minutes and serve them. I did what asked but when I took them out, they were like road apples lying there all flat at the bottom of the dish. The laundry lady at seeing them cramped up, “You’re not going to serve em ar ya!?” She couldn’t stop laughing as I left the kitchen towards the pool. I laid them down in the middle of the table to see, from the corner of my eye, her face drop.

One morning I was making scrambled eggs for Rupert. He ate them without saying a word but as soon as his mother walked in he said, “Mummy, Natalie doesn’t know how to cook eeeeggs!” I was scrapping the bottom of the iron pan thinking “you mother fucker…”

When the four weeks were up, she told me she could cancel the other au pair girl if I wanted to stay. Even Rupert threw in a “Com’on Natalie!”

I didn’t get it, I always forgot the ice cubes, served them squashed apples, made lousy scrambled eggs and never gave Bumble his biscuits. Go figure, they were nice people. 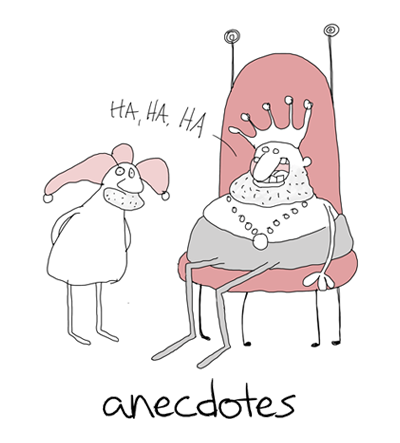 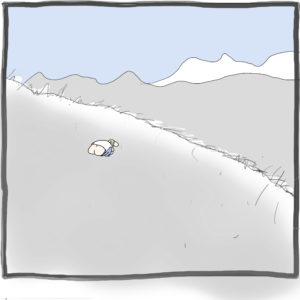 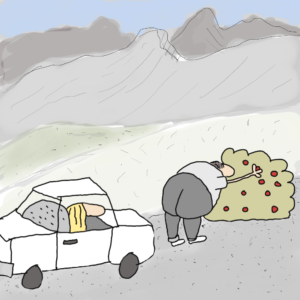 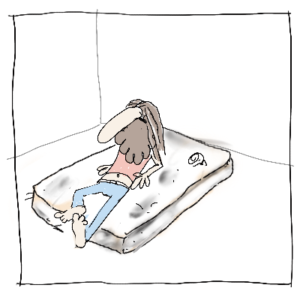 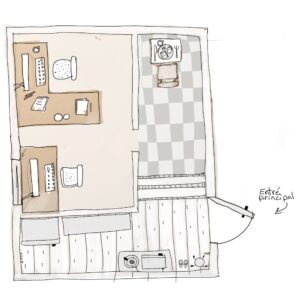 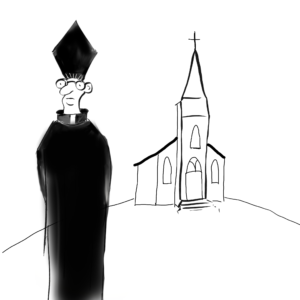